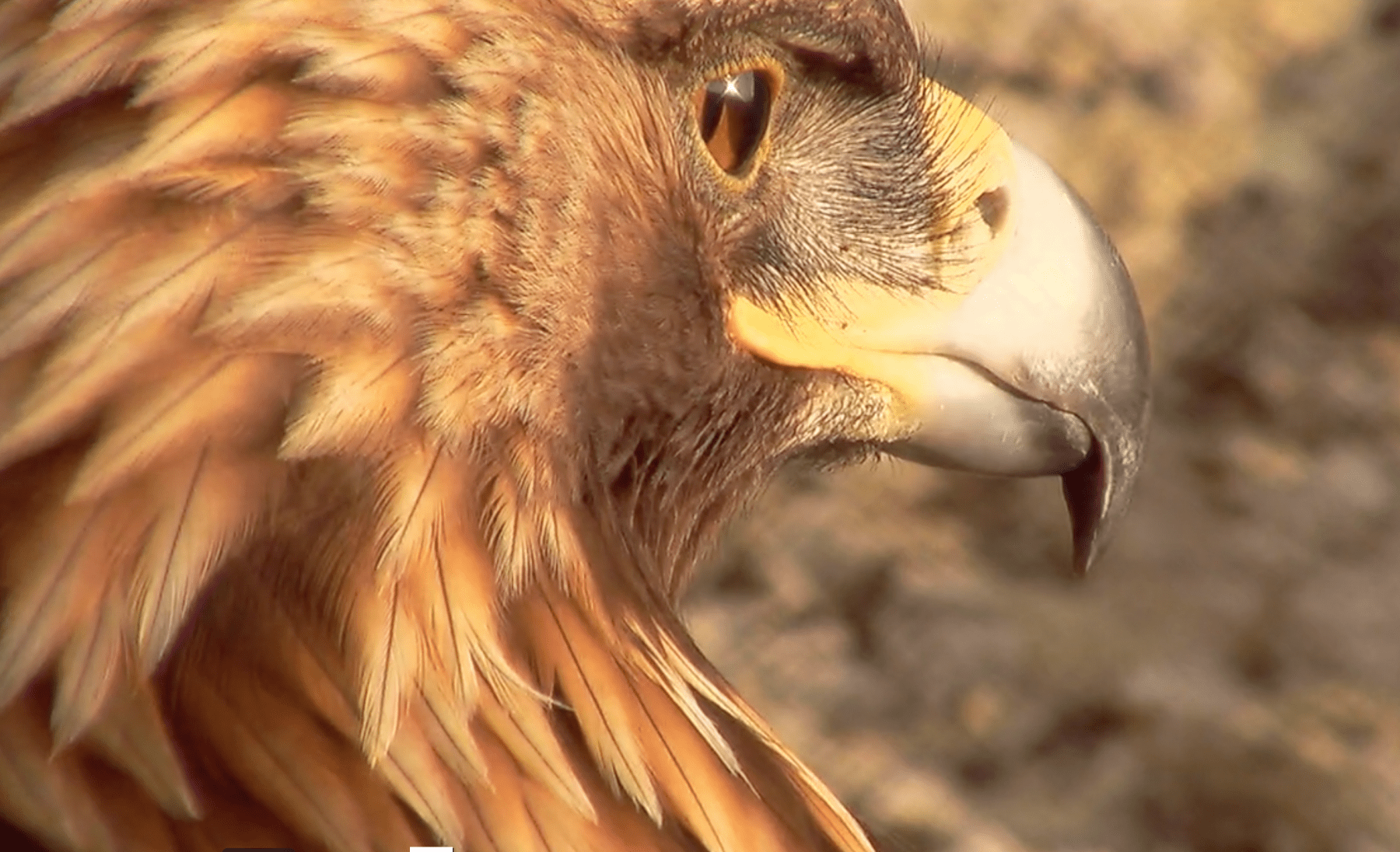 In April we had a guest stay with us for their sixth time in Pier Cottage. Every year, this guest has a wonderful week enjoying the wildlife at Kingairloch and following her stay, we asked her to write about her sightings. As you will find, Judith is exceptional knowledgable about our resident wildlife and we hope that you enjoy reading about her week.

“This was my sixth year of staying in Kingairloch for this particular week as a wildlife-watching adult, although I had many long and happy holidays in the area as a child in the dim and distant past. It will certainly not be my last, and my next visit is already booked! The following account is by no means a full list of species seen or heard.

Once again I have enjoyed the peace and tranquillity, the amazing views, and the hours spent walking or just sitting and looking. From Pier Cottage I have seen (and heard) great northern divers, Slavonian grebes, red breasted mergansers, shags and Eider ducks, all busily swimming or feeding within a few feet of the shore. Up at the saltmarsh at this time there are greenshank and curlew, while in the church bay there are turnstone and ringed plover. Black guillemot can also often be seen close to shore. Small birds abound around the cottages: not only our usual chaffinches, pied wagtails, blue tits, great tits and long tailed tits, but hundreds of hungry siskins, tight knit groups of redpoll and even some elusive crossbills. By the rivers are the resident dippers and grey wagtails; above, the hoodies squabble, the ravens cronk, the eagles soar and the buzzards mew.

Mammalian attractions are the red deer, often close by, watching you rather than the other way round, the mountain goats, the otters who have a holt at the mouth of Loch a’ Choire, the pine martens who visit the cottages every evening for peanuts and sandwiches, and the bats who start to emerge as light fades.

Pine Martens are regular visitors to most holiday cottages at Kingairloch

One of the things I just love about this week of the year is the transition into spring. At the beginning of my week there were huge flocks of chattering, feeding redwing gathering for their imminent migration back to their breeding grounds. Stonechats and meadow pipits were in full breeding fettle, with the odd chiffchaff calling unseen. Within a day or so the wheatears were trickling in and appearing on the grasses by the shores, then midweek I woke to the delicate downward song of the first lone willow warbler and noticed a single sand martin at the beach. They were followed by their friends over the next few days. Often, a pair of common sandpipers, swallows or even a cuckoo will appear during this week, but this year they seem to have been delayed by that Beast from the East!

Although last year I had a white tailed eagle fly over my head while sitting on the shore, this year none visited during my expeditions. My highlights for this April have come from the golden eagles. I have watched both local pairs of Goldies at their eyries, witnessing egg incubation shift changes and various other antics. I have learnt so much from my observations and from chatting to the experts that I can’t wait to be back next year to learn more. The shift changes between male and female are so slick, so carefully carried out, that you will only catch them if you have your eyes and binoculars peeled to the nest. The birds use the contours of the surrounding land to disguise their entries and exits, and often barely rise above the brow of the mountain.

Click here or on the image of the Golden Eagle to watch footage from a local eyrie.

One afternoon, sitting out on the saltmarsh by the Gate Lodge, I was lucky enough to pick up on one of the male Goldies against the mountain slope while he was hunting. He landed in the middle of a boulder area high up the mountain, and I eventually realised that the white blob near him was a ewe (from the neighbouring estate) sheltering a lamb. He watched them for quite some time before taking off and making several passes at the lamb. However, luckily for the lamb, the angle wasn’t right due to the boulders and the position of the ewe, and he eventually gave up. I then tracked him until he ducked down into a ravine. I followed him coasting low, down along the cleft, and then slipping up onto the eyrie, having used the ravine to cover his approach. I watched for about five or ten minutes and saw both birds on the nest, then the female took off, also using the ravine to disguise her exit – so effectively that I lost her!

Bring a telescope, binoculars and a guide book with you to make the most of your holiday.

My advice: don’t forget your binoculars, or even better a telescope, and take the time to sit, watch and listen. Breeding eagles have regular habits – match sightings to times, revisit and observe.

There is only one bad thing about staying in Kingairloch, and that is leaving. It wrenches my heart every time!

If you would like to book onto a guided wildlife experience, we can highly recommend Morvern Wildlife Experiences with Matt and Rhian Wilson. With over 30 years of monitoring and surveying the Morvern wildlife, they provide a first class wildlife sighting experience, details are on the flyer below.

Here is a useful guide from the RSPB with suggestions to get the most out of bird watching.

When Judith sent us her account of her encounter with the golden eagles, it sent shivers down our spines! It must have been quite a sight to watch the male attempt to take a lamb.

We have quite an exciting project coming together on the estate to aid the golden eagles. At this moment in time, we are unable to share specific details, but keep an eye on our website for our exciting news! 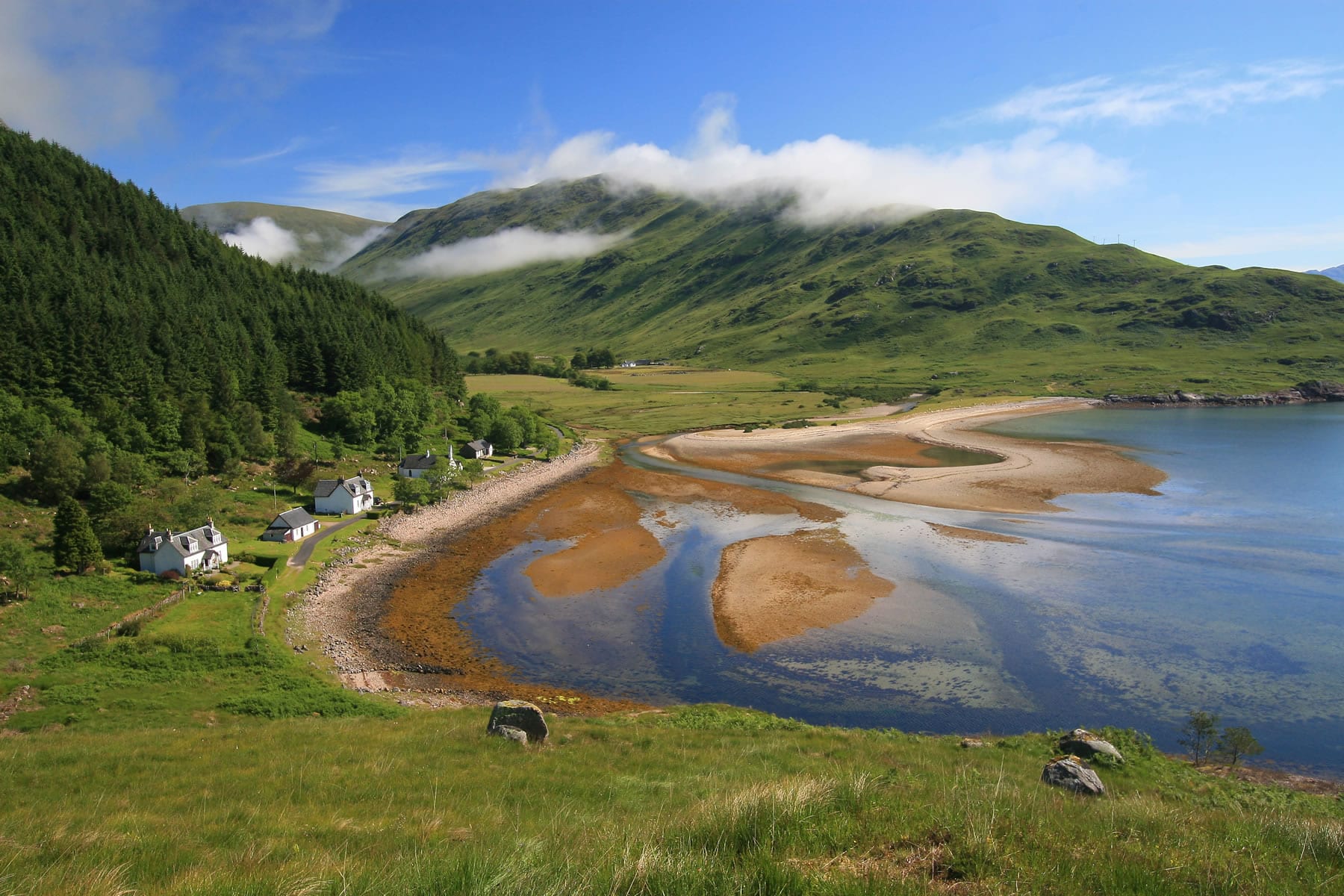 Bookings for 2022 For bookings in 2022, a deposit of 50% of the rental fee is requested to secure the booking… 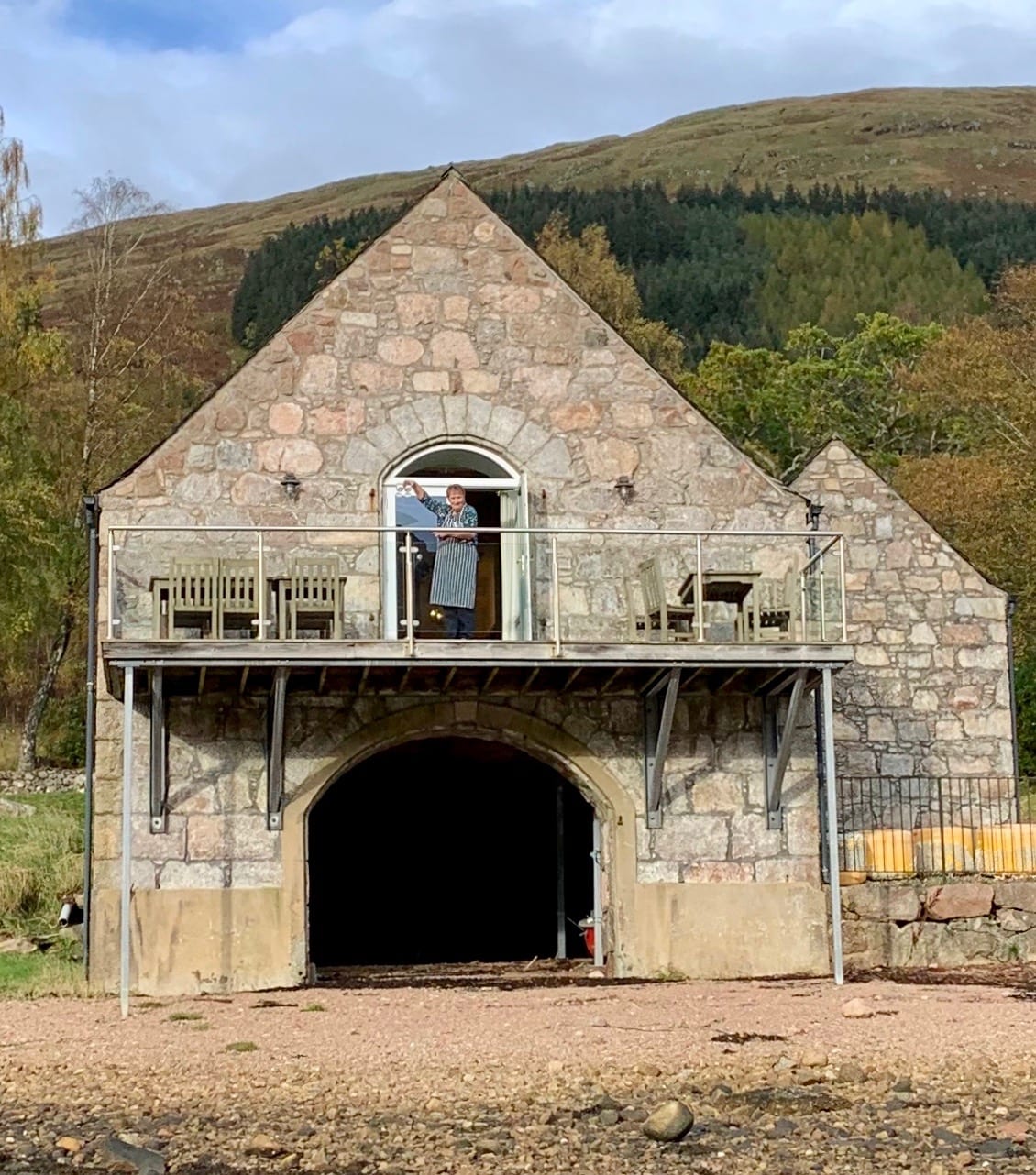 Subscribers to our newsletter would have received an email from us recently. If you’re not on our mailing list, but… 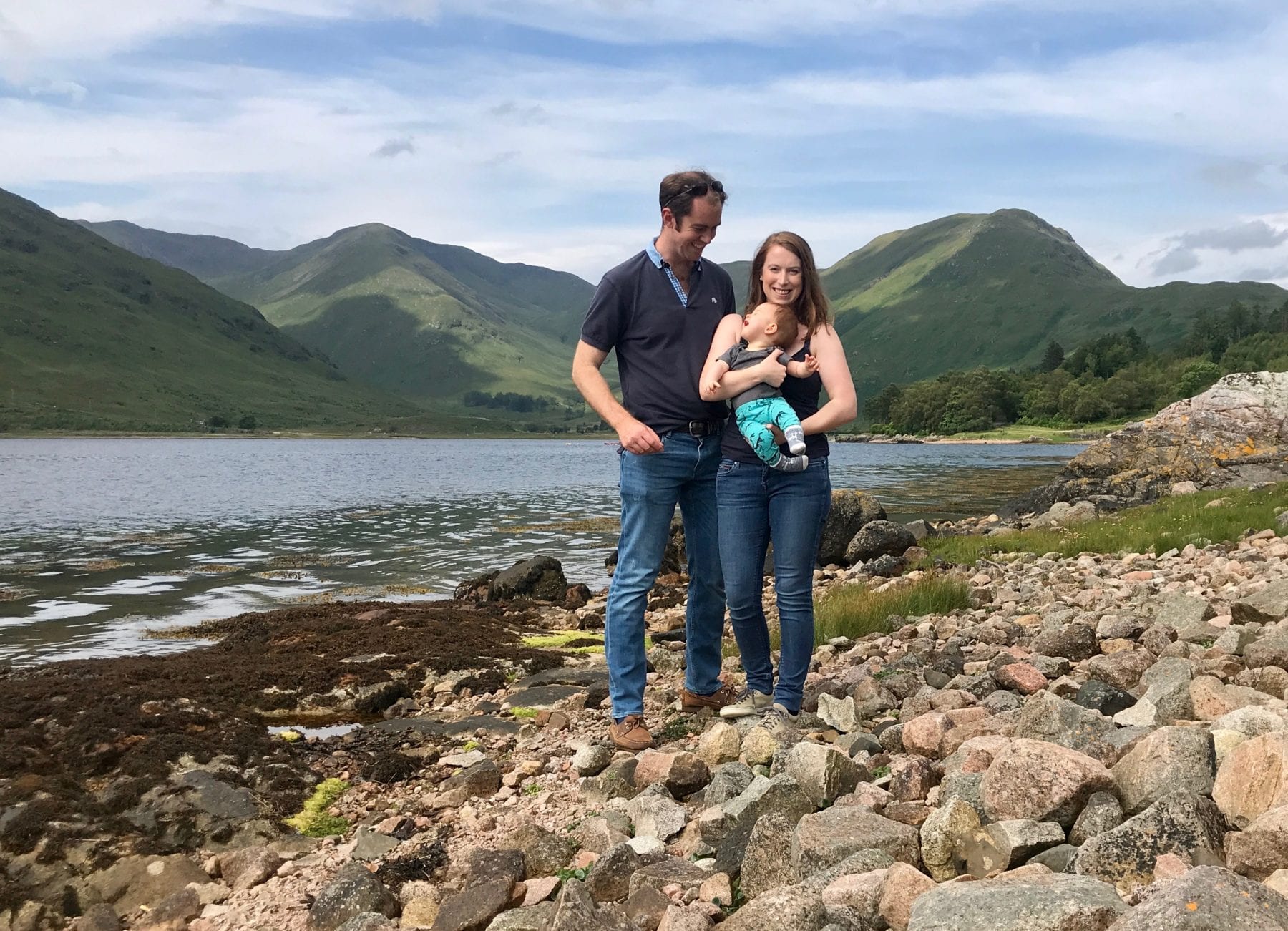 Making the most of a short break at Kingairloch

All of our self catering properties (with the exception of The Steadings) allow short breaks; either from a Monday-Friday or…